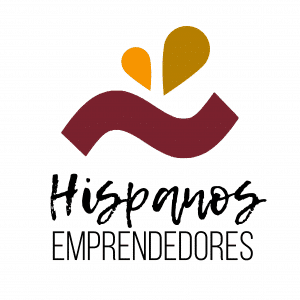 The influence of immigrants and Hispanic entrepreneurs it is evident in the gastronomy of this country. This time we list 10 popular Hispanic dishes in the United States. They are recipes that came from Latin America, the Caribbean and Spain to conquer the palates of the North Americans.

Latin influence on the gastronomy of the United States

The Hispanic community is the largest minority group in the United States. Among the most outstanding characteristics of immigrants and children of immigrants is that they maintain their culture and traditions. Especially when it comes to Latin food.

Recipes are passed from one generation to the next. Sometimes they are mixed with ingredients from other Hispanic countries or even from the United States, changing the original flavor a bit.

Latin American and Hispanic food in general has conquered the American palate. Especially in California, Arizona, New Mexico, Florida and New York, states with the largest Latino population. Some ingredients have found their way into the gastronomy of the United States. And there are North American restaurants that offer their own interpretation of Hispanic dishes.

Among Latin American countries, Mexico is the one that has had the greatest influence on American cuisine, especially along the border. The gastronomies of Central, South America and the Caribbean also have an important place.

But the taste of Americans is not only for ready meals. Also for the ingredients, which are very easily found in the markets and are used more and more frequently.

abasto.com highlights that tortillas, Mexican tomato sauce, chili powder are some of the most used ingredients. In addition, there is an important exchange of processed foods and agricultural products from Mexico.

The list of popular Hispanic recipes is long. Here we have summarized it in 10 dishes that have become very popular. But, they are certainly not the only ones. You want abrir un restaurants and Tennessee? From here you can take some ideas. 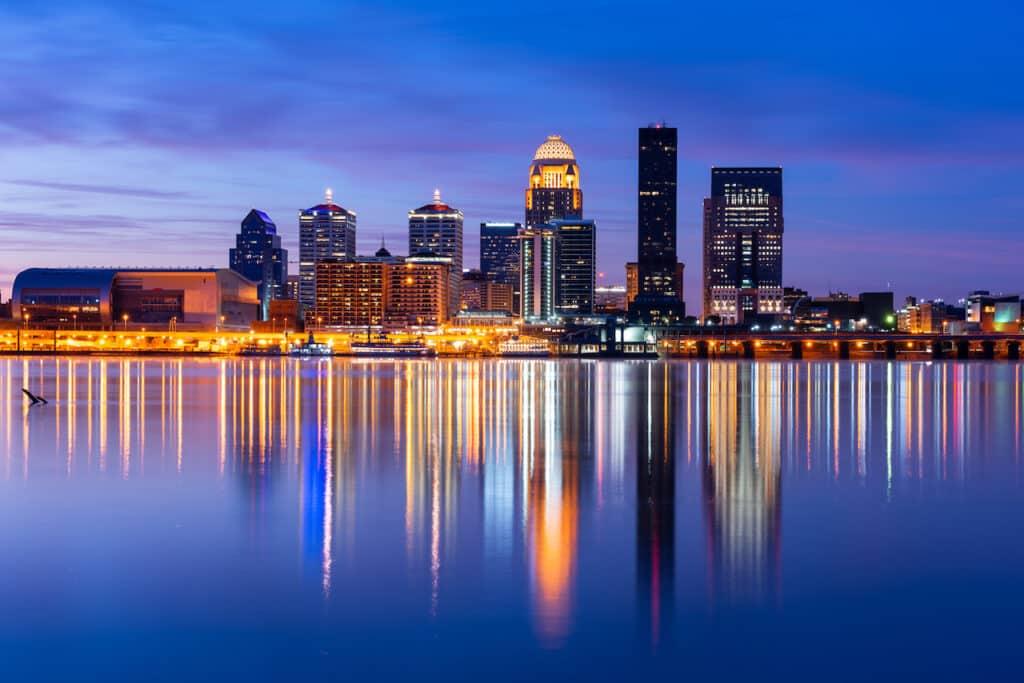 Learn how to start an LLC in Kentucky

Hispanic EntrepreneursNovember 3, 2022
Are you interested in learning how to start an LLC in Kentucky? Well, you came to the right place, in Hispanos…
Read More 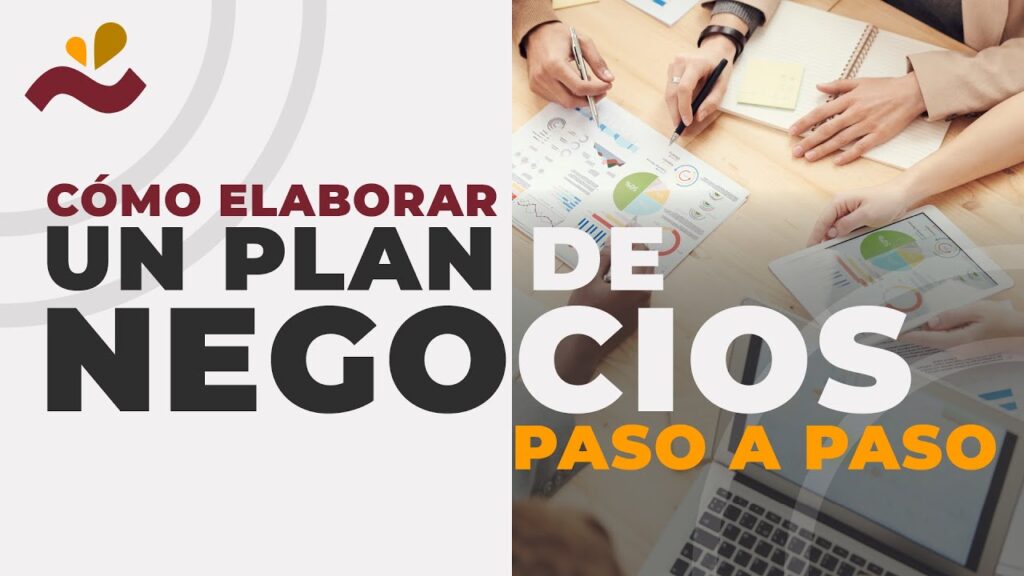 How to make a business plan step by step

Hispanic EntrepreneursOctober 27, 2022
Do you want to know if your business idea is profitable, what resources you have and what…
Read More 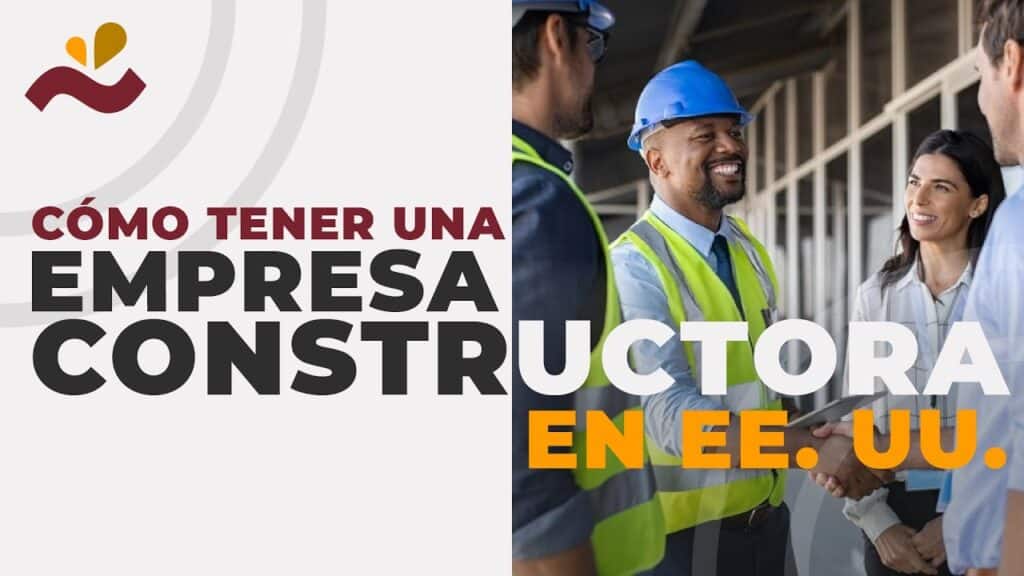 How to have a construction company in the US

Hispanic EntrepreneursOctober 25, 2022
The construction sector is one of the most attractive for new companies, but also…
Read More 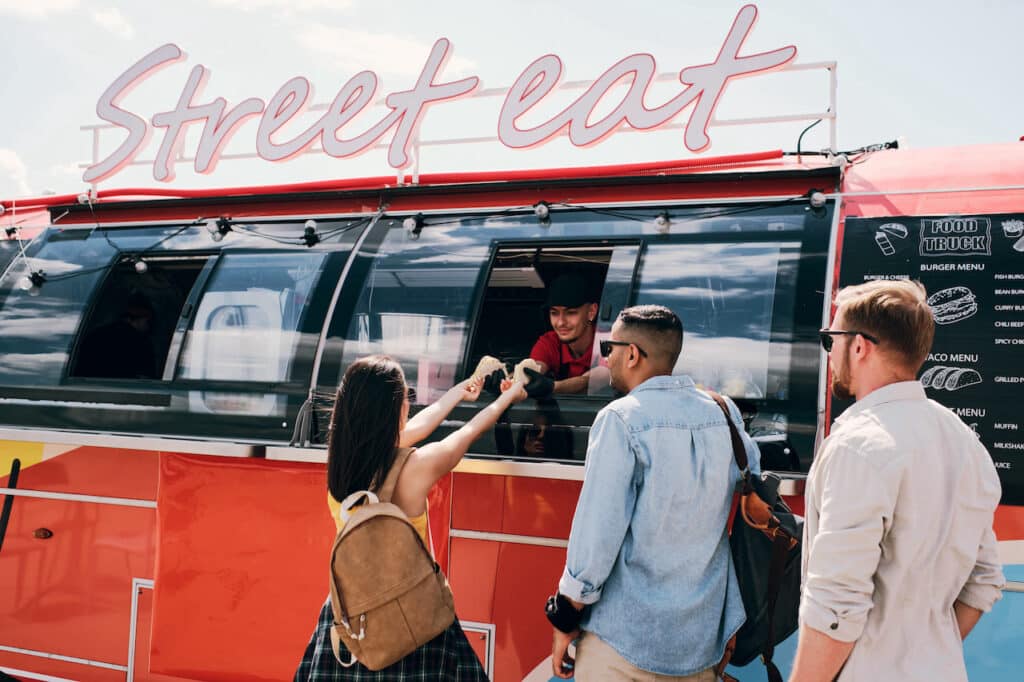 How to open a food truck in Kentucky

Hispanic EntrepreneursOctober 22, 2022
Do you know how to open a food truck in Kentucky? Find out in Hispanos Emprendedores what are the steps to…
Read More 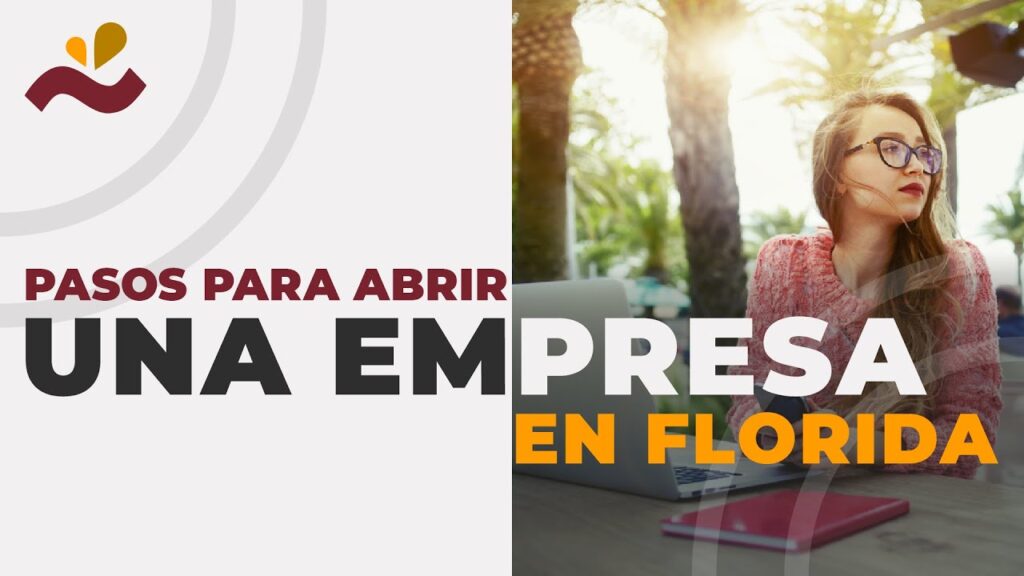 Steps to start a business in Florida

Hispanic EntrepreneursOctober 13, 2022
This time we are going to review the steps to open a business in Florida. East…
Read More 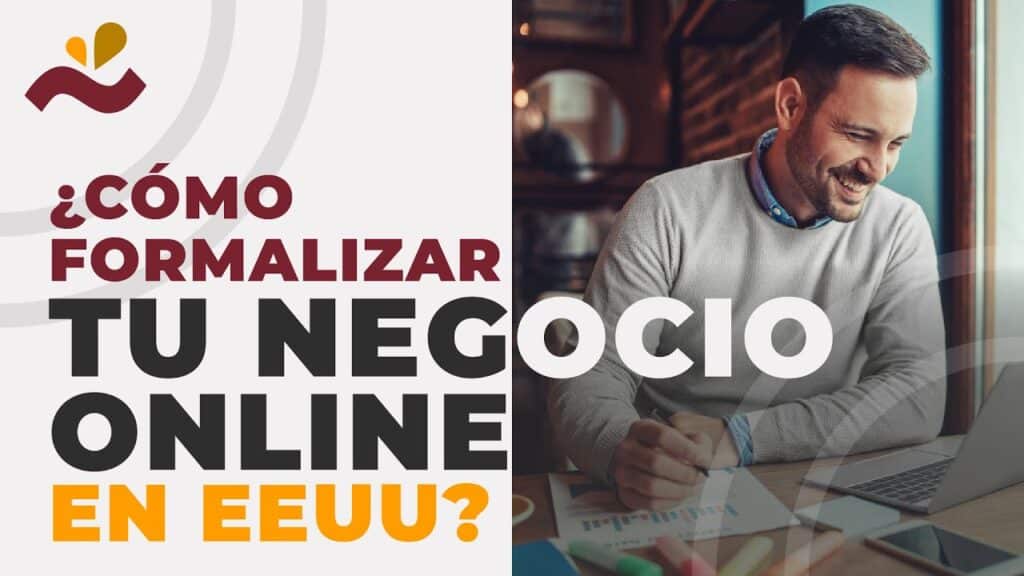 How to formalize your online business in the United States?

Hispanic EntrepreneursOctober 11, 2022
We invite you to learn how to formalize your online business in the United States. Did you open a store ...
Read More

Why has Hispanic food become so popular?

Hispanic cuisine is the third most popular in the country, behind American and Italian. We can mention several reasons why this happens.

First of all because of the growing number of Hispanics in the United States. We even see more and more celebrations of traditional festivals in this community. All of them accompanied by the typical gastronomy that they consume in those days.

On the other hand, there is the ease of obtaining the ingredients. They can be purchased at any grocery store and are more common than ingredients in Asian foods, for example.

Finally, they are usually easy to prepare dishes, they do not take a long time or need special instruments.

What are the 10 popular Hispanic dishes in the United States?

Our typical Mexican foods and their recipes They are among the most widely consumed in the United States. Tacos are a good example. This is a very versatile typical dish that consists of a corn tortilla to which different fillings can be added.

In any city you find a place where they sell tacos. Pork and beef are the most popular fillings. But, you will also find fish or just vegetables. Although spicy fillings are often prepared in the United States, in Mexico chili sauces are a dressing.

Paella is a Spanish dish, to be more specific it has its origin in Valencia. Due to the Spanish influence in Latin America, it is frequently consumed in these countries and has also spread to the United States.

The original ingredients of the paella include white rice, chicken, duck or rabbit meat, white and green beans and saffron. The seafood paella is one of the most popular versions, these substitute for meat. It can also be made with just vegetables.

Rice with chicken is one of the latin food recipes that is consumed in most of these countries and in Spain. There are those who indicate that it is a version of paella.

The islands of Puerto Rico and the Dominican Republic are two of the countries where this dish is most popular. The Puerto Rican version is the asopado de pollo. This is a stew that includes rice, chicken, onion, olives, garlic, among other ingredients. In addition, on the island they usually add beer and achiato and it is served with tostones (fried green plantain).

Read more about Hispanic food with this recommended book

Another Mexican recipes that have become popular are the gorditas. These are corn tortillas, thicker than those used in other dishes, to which a variety of fillings can be added. They can also be made with wheat flour.

Among the most frequent fillings are beans and chicharrón. In other countries there are also similar dishes such as arepas and pupusas.

The arepas have their origin in Venezuela and Colombia. Preparation varies in each of these countries. Like the gorditas, they consist of a corn tortilla, thick enough to be filled. Although in some regions only the companions are placed on top.

They are prepared with corn flour, in some places they substitute it for wheat flour or mix both. Cheese, ham, shredded meat and chicken are part of the most popular fillings of the Venezuelan arepa.

Pupusas are also thick corn tortillas, originating in El Salvador. They are usually filled with pork, beans, or a mixture of cheeses. There are also those who prepare it with rice dough.

They are not part of the latin american food Rather, it comes from Spain, tapas are appetizers that are usually served to accompany drinks. They consist of small portions of food, which is why it is common to serve different types of tapas.

In Hispanic countries there are different versions of the empanada. But it is the Chilean that has become more popular in the United States. This consists of a filled dough that can be baked or fried. The filling can be sweet or salty.

Quinoa is not a dish as such, but a food that has gained followers for its high nutritional value. For this reason they are used in healthy food recipes.

The main producing countries of this seed are Peru, Ecuador and Bolivia. With the quinoa beans Different dishes can be prepared, as well as they can be transformed into flour.

This is a benchmark for Cuban food. The congrí is a recipe for rice and black beans. It is one of the dishes that the vast Cuban population has brought from the island. The Cuban sandwich and arroz con pollo are also among the popular recipes.

These are 10 of the popular Hispanic dishes in the United States. What other would you add to the list? In Clarksville we can recommend some places like La Laguna, Tropicana, Hunters, Don Pancho.

The best Hispanic food? That is a very complicated question and that surely we will not be able to answer in a single publication. But if you want to continue reading about this topic here

[…] Prepare some of the most popular Hispanic dishes and include the ingredients on the list, if we haven't already […]

[…] You want to try pupusas, one of the most popular Latin dishes in the United States, this is the place to do it. The flavors are authentic and the staff will make […] 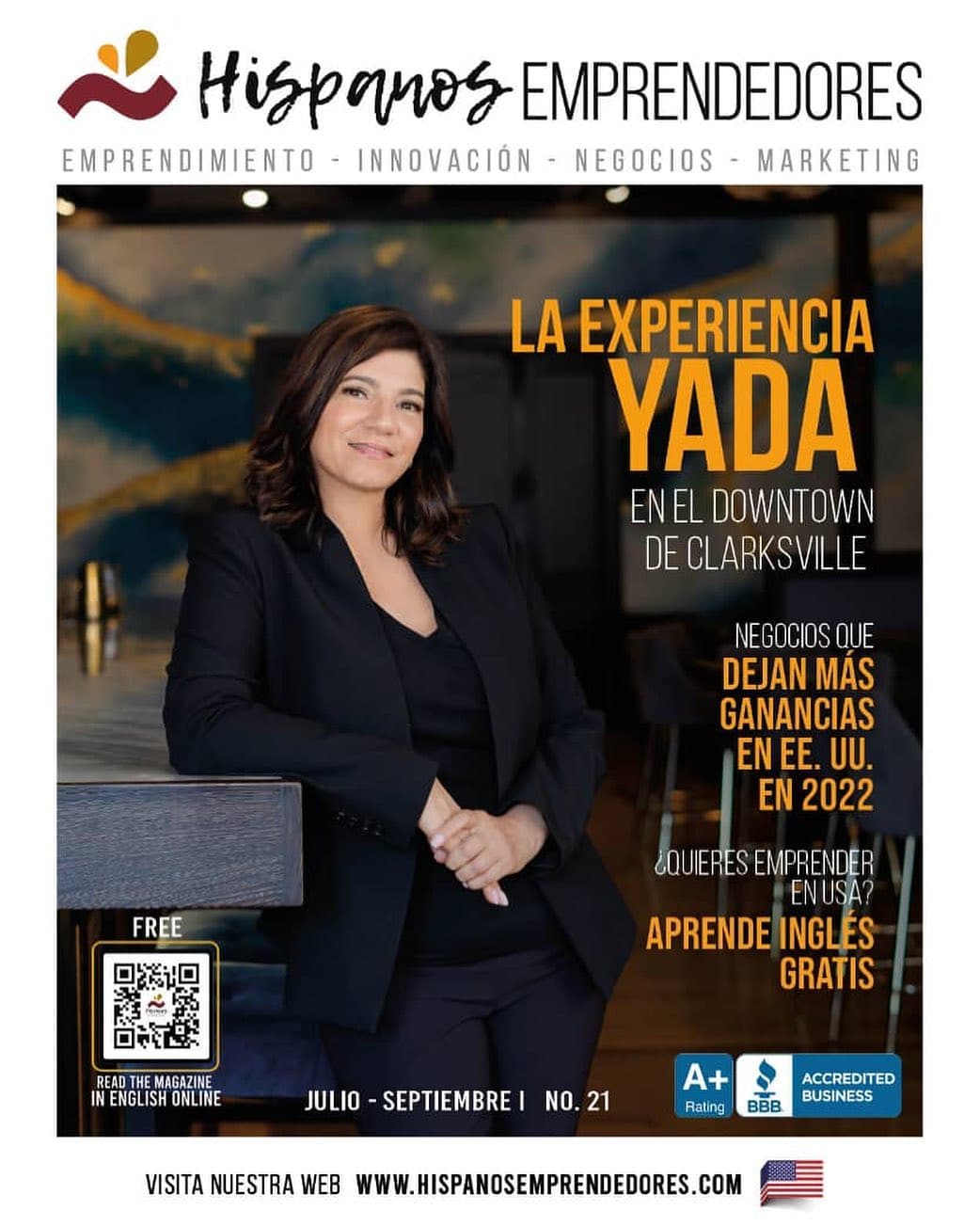 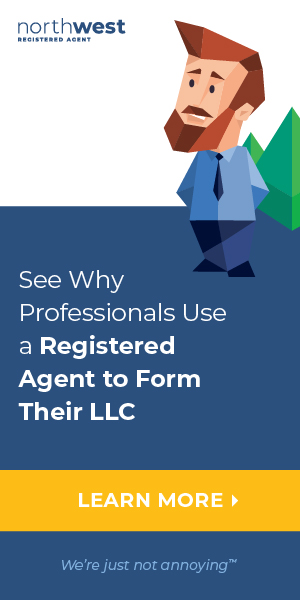 How to start a landscaping business in Tennessee 

What license do you need for a construction company in Minnesota

How to buy on AliBaba.com